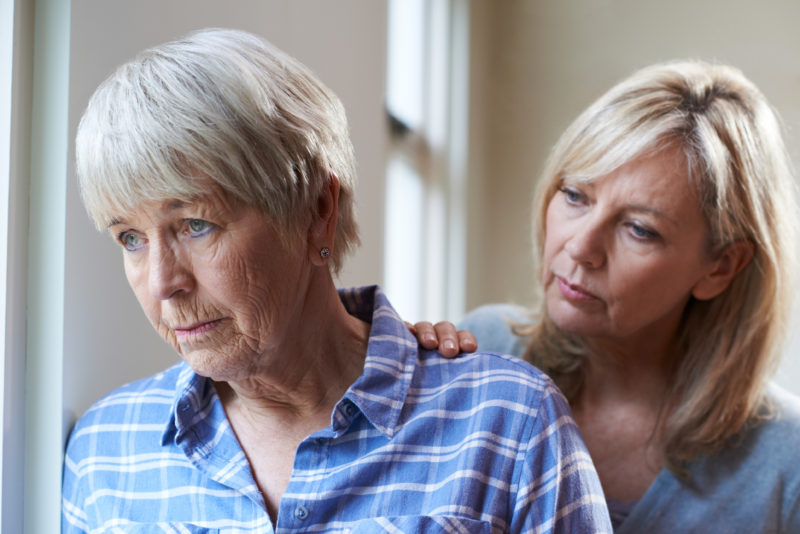 According to Grace LeRoux, Bethesda Staff Development Coordinator and a former Memory Care Nurse Manager at Bethesda Meadow, the answer to the above question is very simple — consider memory care before your parent needs it.

“There may some uncomfortable conversations with a parent and other family members, but they are conversations that need to happen well before problems become unmanageable,” Grace says.

Signs You Should Consider Memory Care

“Some forgetfulness is normal as we age, but when it begins to interfere with a senior adult’s lifestyle — socially, their ability to handle finances, home management — then serious thought and preparation needs to be given to memory care,” Grace says.

More indications of dementia or memory loss include:

When symptoms become more severe, they could include:

Before the quantity and severity of symptoms progresses, testing for dementia should be conducted.

Grace notes that seniors who are going about their daily routine and living in their own homes can look quite competent. “You have to ask yourself how they would respond if something happened outside their routine,” she says. “What if an emergency took place in the home, or something breaks. Would they know what steps to take to address those issues?”

Prepare Sooner Rather Than Later

A good place to start, Grace says, is to create an advanced medical directive. This document will provide guidance before cognitive challenges rob the parent of a say in how he or she wants to be cared for if they become physically or cognitively incapacitated.

Also, appoint a relative or friend with a durable power of attorney to carry out the senior’s wishes. “It can be set up so that decisions can be made by the parent until they are no longer capable of making them,” Grace says.  “It could be arranged so that letters from two physicians stating that the senior has become cognitively incapacitated would then allow the person with durable power of attorney to begin making decisions and plans.”

Grace warns against trying to put off these preparations. “Dementia does not progress at the same rate for everyone, or even in a predictable pattern,” she says. “A senior loved one could suffer a stroke, requiring immediate decisions and actions that no one is prepared to make or take.”

Grace believes many family members hesitate to plan for or consider memory care because of guilt. “They feel guilty because Mom and/or Dad have taken care of them for years, and they feel as if they should care for them now that they are older,” she says. “I encourage family members to remember that we have a team of people, trained and experienced in dealing with dementia residents in our memory support neighborhoods. Therefore, we can provide many more services versus what a single family caregiver can offer.”

A memory support neighborhood is a dedicated, secure area where residents receive assistance with activities of daily living, like dressing, bathing, managing medications, and other personal care services. Meals, laundry service, exercise programs, and activities are also provided in a 24-hour supervised setting.

Caregivers often go to great lengths to care for a parent with dementia in the home. “I’ve heard of people sleeping in front of the front door because they were afraid their parent would wander out of the house at night,” Grace says. “They’ve put alarms on the bedroom door and stayed up till all hours of the night to be on guard. It’s an impossible situation that adversely affects both the parent and the caregiver. With the parent in a memory support neighborhood, the caregiver can go back to being the son or daughter, knowing that their loved one is being safely taken care of by professional staff.”

What to Look for in a Memory Support Neighborhood

A part of your planning should include contacting and touring senior living communities that offer memory care. Grace recommends the following when visiting a memory support neighborhood:

As a family caregiver, placing a senior loved one in a memory support neighborhood is not an easy decision, but you can feel better about it if you have carefully planned for it and addressed potential issues in advance.

Schedule a tour at one of Bethesda’s communities across the St. Louis area. We have Memory Support neighborhoods in three skilled nursing and one assisted living community, and they offer a safe, engaging, and homelike setting for your senior loved one.

When a Senior Doesn’t Realize Having Dementia

Both of Kathy Kling’s parents, who are divorced, have Alzheimer’s. Kling recently talked with her mother, Karen Kelly, about her father’s disease. “Oh, I… Read More

How to Talk to Your Parents About Dementia

When you were a child, your mother and father explained difficult things to you and provided for your care. Now, you find that you… Read More

How to Prepare Your Home for Someone With Alzheimer’s

It’s no secret that the majority of older adults want to live out their lives in their own homes. Some have even made their… Read More