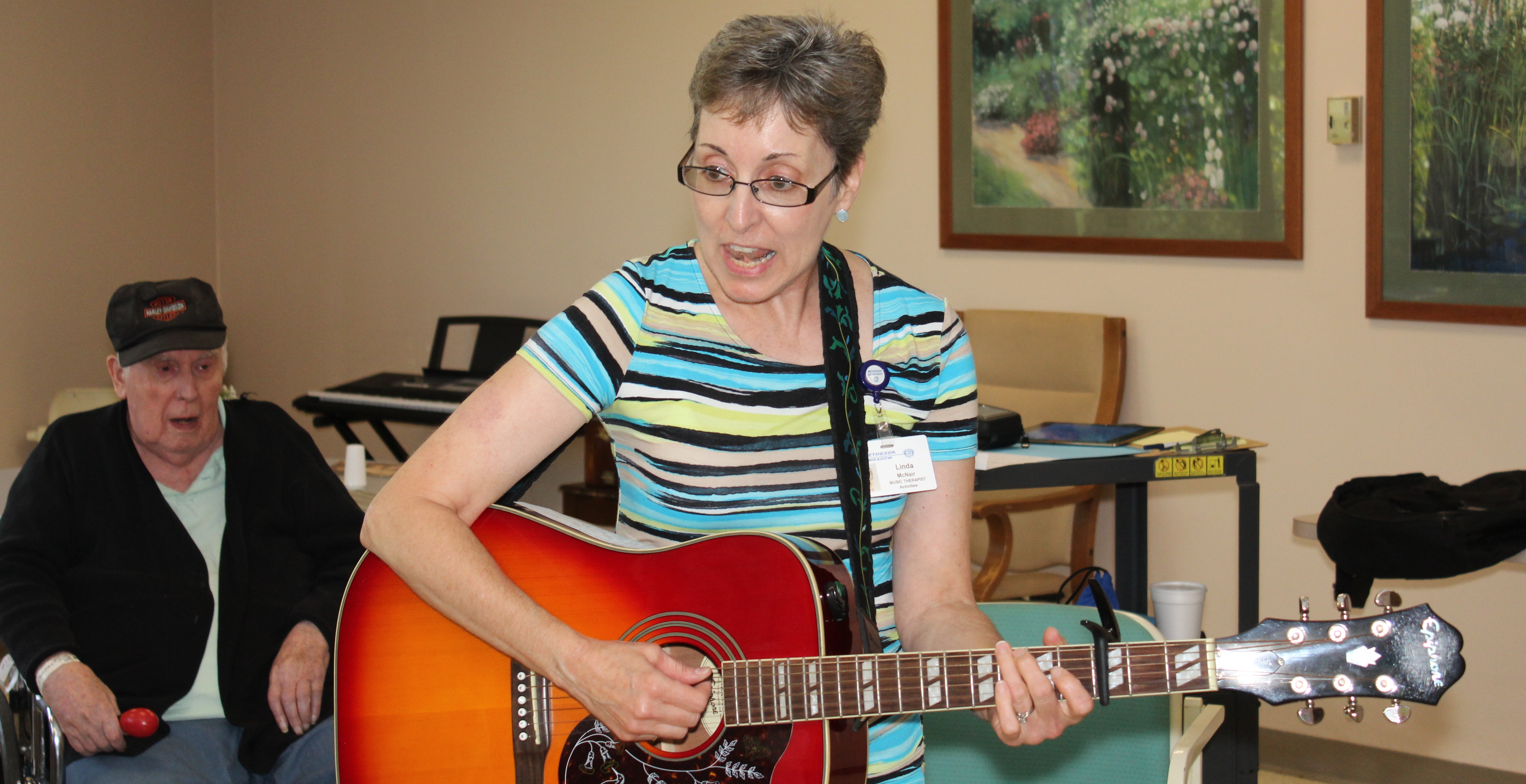 Music therapy has been around since before the 1900s, but didn’t come into its own until the First World War, when musicians would visit hospitals and play for wounded soldiers. Today, music therapy is recognized for its ability to address a wide range of concerns in seniors, and is used in senior communities across the country.

What is Music Therapy & Who Can Benefit From It?

According to the American Music Therapy Association, music therapy is “the clinical and evidence-based use of music to accomplish individualized goals.” Any senior can benefit from music therapy, ranging from those who have chronic pain to Alzheimer’s. Since music therapy is non-intrusive and non-threatening, it is especially ideal for seniors who find other forms of therapy uncomfortable and frustrating.

A common misperception is that an individual has to have some musical talent to participate in and benefit from music therapy. This thought couldn’t be further from the truth. Music therapy is an intervention technique, meaning that the intended goal is nonmusical.

For example, a group who meets once a week and sings along with a musical therapist is not doing so in order to perform. Rather, they are learning how to increase breath support to help with breathing difficulties.

How Does Music Therapy Work?

Music therapy can treat or aid seniors with a wide variety of ailments or difficulties by stimulating the brain, and, when combined with movement, also helps promote physical health.

In the case of seniors who have dementia or Alzheimer’s, music has been shown to have a positive effect on our brains and stimulate areas associated with:

As you can see, music therapy is definitely much more than just sing-alongs and bingo!

Find Out More about the Bethesda Music Therapy Program

Over 30 years ago, researchers and geriatricians identified “elder orphans” (sometimes called “solo agers”) as people aging alone with little support. But when my… Read More

Come hear for yourself why everyone is talking about Bethesda Hawthorne Place, our newest Assisted Living & Memory Support Community. Team members will be… Read More

An Emotional Playbook for Couples in Retirement

We’d only been retired for a few weeks when the questions started coming. “How are you doing with so much time together?” we heard from… Read More