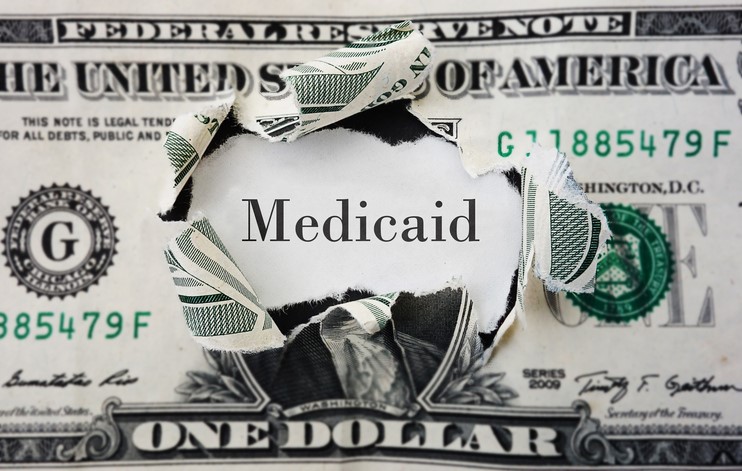 The 2019 budget proposed by Governor Eric Greitens continues to underfund the Medicaid program for Missouri’s senior, veteran and disabled citizens, putting the care of many of Missouri’s skilled nursing residents in jeopardy.

Medicaid is a joint federal/state program that provides income-based health insurance and support for people with extremely low incomes.

Byrne points out that the current cost to provide care for each Medicaid resident in these communities is, on average, $25 per day more than what the Missouri Medicaid program pays the communities for that care. Missouri has an established, well-documented formula to determine what the Medicaid per day rate should be, which makes the $25 gap between cost and reimbursement even more puzzling.

For Bethesda, the gap is even larger.

“We don’t distinguish between people on Medicaid and our private-pay residents,” says Byrne. “Everyone receives the same level of service and care and is treated with the same level of dignity. That’s the Bethesda mission, and that’s not going to change.

“However, the result is that Bethesda’s costs per Medicaid resident per day are around $40 more than we get paid by Medicaid,” he says.

Funding for Medicaid comes from several sources. In Missouri, the total amount from all of the sources that comprise the Medicaid program pays the average skilled nursing community about $154 per day to house, feed, and care for its senior citizens. Byrne points out that according to Missouri’s established, well-documented formula, the Medicaid per day rate should provide an average payment of $178 per day per resident.

In addition, the amount that the state of Missouri contributes to the daily rate does not compare favorably with its eight bordering states. In fact, it is last by a considerable margin – contributing only $15.26 per day, as compared to a $48.22 per day average among the neighboring states.

That’s a difference of almost $33 per day – or more than twice what Missouri is currently funding.

One final statistic – Missouri completely funds the Department of Corrections budget by reimbursing the equivalent of $60 per day per inmate. This exceeds by more than $44 per day what Missouri funds Medicaid to care for its senior citizens.

Already, some communities are reducing the number of beds dedicated to Medicaid due to unsustainable reimbursements. That is not just bad news for people on Medicaid who need care; it is worrisome for seniors who may need to rely on Medicaid in the future, as well as for the 50,000 people employed in skilled nursing communities across the state.

Byrne also notes a snowballing effect of the current budget proposal: “If skilled nursing communities reduce Medicaid beds or go out of business due to these cuts, seniors who were dependent on Medicaid will be forced to turn to more costly emergency room care,” he says.

The Missouri legislature must send the budget to Governor Greitens in early May. Budget discussions in the legislature are occurring now, and it is not too late to become part of the conversation.

On that website, you will be able to easily and directly contact the legislators representing your area. You can write your own message, or if you prefer, a message is provided for you. You also have the ability from that website to utilize a number of different social media platforms to express your opinions.

The time to take action is now.

The Impact Baby Boomers have on Senior Living

The home health care industry is unfortunately facing some major changes in the year ahead. Reductions to reimbursement under Medicare are planned, which may… Read More