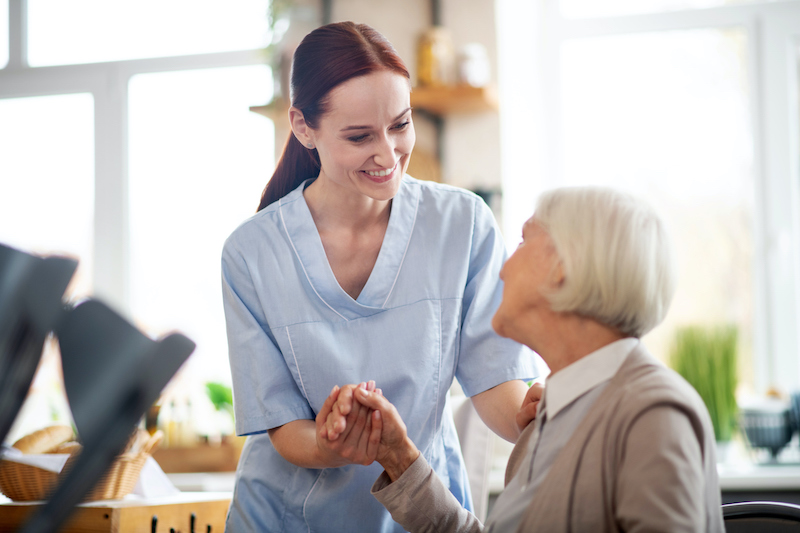 As the U.S. population ages, the number of people with dementia who will need memory care will increase. According to the Centers for Disease Control and Prevention, “each year, more than 16 million Americans provide more than 17 billion hours of unpaid care for family and friends with Alzheimer’s disease and related dementias.”

At many senior care communities, memory support is available and tailored to the specific needs of the residents living in those communities.

According to Lea Ann Coates, Residency Counselor at Bethesda Hawthorne Place, “Mild cognitive challenges start to become more and more apparent as we age. This becomes an issue when forgetfulness starts to affect an individual’s ability to complete basic daily activities.”

When people move to assisted living, this worry can be resolved easily. For example, reminders from staff can be part of each resident’s care plan — something as simple as a prompt for changing clothes or a knock on the door when it is mealtime.  The support could also be something much more critical to health and well-being, like complete medication management.

“Our support minimizes memory challenges for our residents and focuses on maximizing their abilities,” says Lea Ann.

However, there may be a point when memory issues become a safety concern in assisted living.  Some typical red flags include:

“When our staff starts to document these thoughts or actions, it becomes time to assess for a move to a secure memory neighborhood, because safety could be potentially compromised,” Lea Ann said.

A memory support neighborhood is a secure environment where residents’ memory challenges are beyond the occasional to moderate age-related forgetfulness.

In this setting, even though residents live in their own apartments, they need prompting, reminding, re-directing, and sometimes re-purposing for the majority of their activities of daily living. There is concern that should the resident leave the neighborhood without supervision, he or she would be unable to find their way home or maybe even exit the campus.

“Consistency is key in a memory support neighborhood,” said Lea Ann.  “This means keeping activities, mealtimes, and personal care as close to a routine as possible. Residents become familiar with the ebb and flow of the neighborhood. This decreases the opportunity for confusion.”

Many memory support neighborhoods also tend to be home to fewer residents than most assisted living neighborhoods.  Such is the case at Bethesda Hawthorne Place. “This means staff has more time to get to know residents, have more interaction with them, and provide more personalized attention due to their increased needs for direction,” Lea Ann says.

The physical layout of the community is also important to make walking and wayfinding easy.  At Bethesda Hawthorne Place, the neighborhood is in the shape of a rectangle, so there are no dead-ends.  That keeps residents from becoming frustrated by the need to turn around at the end of a hallway or having that hallway lead directly to an outside door that they are unable to exit.

How to Have More Fun Caregiving for a Senior Loved One

If you are a family caregiver for a senior loved one, the concept of “fun” may be the furthest thing from your mind. You… Read More

How to Help People with Dementia Without Seeming Ageist

A few years ago, Angela Lunde, a leader in patient and caregiver education for the Mayo Clinic Alzheimer’s Disease Research Center in Rochester, MN,… Read More