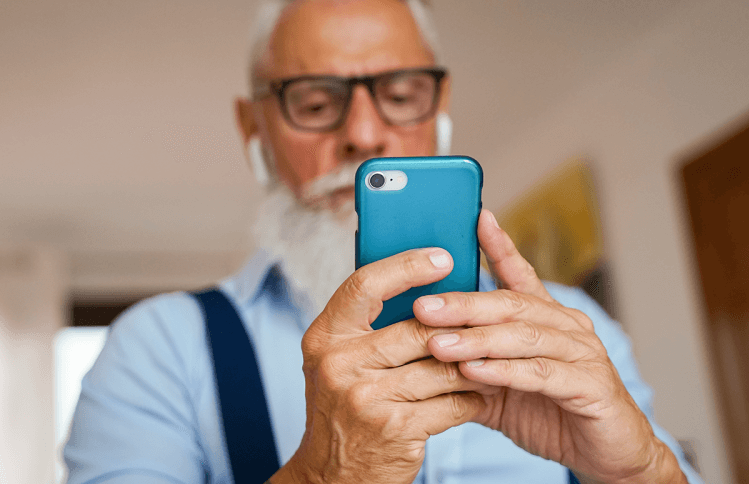 Maybe you notice that you’re starting to miss words during conversations in noisy restaurants. Or you find yourself reaching for the TV remote more and more to turn up the volume. Hearing loss is sneaky that way. It can be a slow descent into disability.

But for many of us, it’s inevitable. About one out of three people between 65 and 74 experience some level of hearing loss. After 75, the percentage jumps to 50%. And, hearing loss is not just an inconvenience. Research has linked hearing loss to conditions ranging from diabetes, heart disease, dementia, clinical depression, and even increased risk of falling.

It’s estimated, however, that only 20% of people who could benefit from a hearing aid actually get one. Hearing aids are still often perceived as an unseemly symbol of old age, and an expensive one at that. Hearing aids can seem particularly expensive as Medicare doesn’t cover the cost of hearing aids or even a routine hearing exam.

The truth is that hearing aids have changed dramatically in recent years, reimagined through the digital technology that has transformed so many of the devices of our daily lives. They have not only become more discreet, but also are adding functions far beyond helping us hear better.

One of the biggest advances in hearing aids is their ability to use wireless Bluetooth technology to directly stream audio from other devices. No more annoying, whistling feedback. Instead, live sound from a TV, laptop or tablet is transmitted to a hearing aid through an app downloaded on your smartphone. Usually, it’s a hearing aid app tied to the specific model. Because you control the volume through your phone, you can turn it up without actually making the TV louder in the room.

When a call comes into your smartphone, the app sends an alert, allowing you to answer simply by pressing a button on your phone. Again, the sound is directly transmitted to the hearing aid. Once the call ends, the audio switches back to the TV or whatever device to which you were listening.

A number of hearing aid manufacturers have created custom hearing aid apps to take advantage of Bluetooth streaming. There’s the Phonak Audeo Marvel’s free Remote Support app, which lets you have your hearing aid adjusted in real-time through a video call with a hearing-care professional. Phonak also now offers a myCall-to-Text app, which writes out in real time on your phone what the caller is saying, like subtitles. That includes translations from more than 80 languages.

Oticon, one of the world’s oldest hearing aid companies — it started in 1904 — has kept up to date with its Oticon On app, which taps into the Internet of Things by “talking” to other devices. The app can be programmed to shut off the lights when you turn off your hearing aid at night, notify you when someone rings the doorbell and even let you know when the laundry is done.

Another app called TruLink is compatible just with iPhones, but has several innovative features. Most notable is its ability to create what are known as TruLink Memories. The iPhone geotags the volume settings for particular locations and automatically adjusts your hearing aid when you return to that place. TruLink also lets you use your iPhone as a microphone, so conversations around a restaurant table can be streamed directly to your hearing aid. The app is available with hearing aids from several manufacturers including Starkey, NuEar and Audibel.

Although it wasn’t initially designed with hearing aids in mind, an app called Tunity has started to branch into the market. Tunity enables a person to use an iPhone to hear the sound on a muted TV, say, in a sports bar or a health club. The user simply takes a picture of what’s on the screen and the audio will automatically sync to the phone. So, people with hearing loss can use the app to stream TV audio through iPhones directly to their hearing aids. Tunity works with more than 100 U.S. channels, albeit not with streaming services such as Netflix.

Probably the best example of the evolution of the hearing aid into a multi-purpose device is the Livio AI, launched by Starkey last year. With the use of sensors and artificial intelligence, it’s able to monitor aspects of a wearer’s health.

Through an app called Thrive, Livio AI hearing aids track a person’s physical and social activity and calculates a daily wellness score. Specifically, it monitors steps taken and overall movement as well as how much time a person was engaged in conversation and how long he or she wore hearing aids in a day. The goal is to motivate people to stay physically and socially active.

This hearing aid also uses sensors to detect if the user has fallen down. If that happens, a text message is sent to emergency contacts.

Not surprisingly, this high-tech hearing aid is at the high end of the cost range. It retails for $3,500. The average price for a hearing aid is $2,300, according to the President’s Council of Advisors on Science and Technology (PCAST).

But the hope is that as these devices add more functions designed to improve a person’s health and not just their hearing, people will view hearing aids in a new way.

Or as the folks at Starkey put it, “The ear is the new wrist.”

Learn more about technology advancements like these at Bethesda’s senior living communities across the St. Louis area, and find more technology trends for seniors on our blog.

By Randy Rieland for Next Avenue.

As COVID-19 forced people, especially senior adults, into isolation, new ways to meet the physical and emotional needs of seniors had to be employed.… Read More

Technology permeates our lives today now more than ever. Everyone is connected by their phones, tablets or computers, but often, seniors get left behind.… Read More

COVID-19 has caused many of us to constantly estimate the physical distance between ourselves and a nearby person. It has also caused senior adults,… Read More