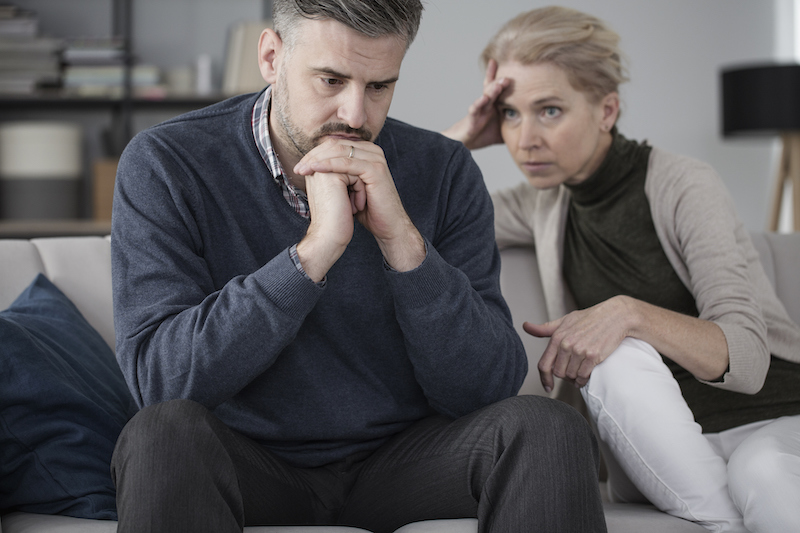 In the American Civil War, soldiers exhibited a set of symptoms that included shortness of breath, palpitations, sweating, and chest pains with no discernible physical cause. It was commonly referred to as “soldier’s heart,” an anxiety disorder.

In the wars that followed, terms like “shell shock,” “battle fatigue,” and “combat neurosis” were used to describe the mental and emotional costs of war for combat Veterans.

Today, post-traumatic stress disorder (PTSD), is a recognized condition that can persist for many years, and one to which senior adults are particularly susceptible.

There are many symptoms associated with PTSD. Here are a few:

PTSD was not formally diagnosed until the 1980s, and effective treatments did not come along until the 1990s. Until then, many Veterans tried to cope with the pain caused by their horrific combat memories either by trying to ignore them, working long hours to distract themselves from thinking about them, isolating themselves, or self-medicating with drugs and alcohol.

Symptoms often occur soon after trauma, but some Veterans do not experience the effects of PTSD until years later. The symptoms may be less severe and tend to be directly related to addressing the physical, mental, and emotional challenges of aging.

Aging Veterans found that their additional spare time provided them with many opportunities to remember the events surrounding their trauma. In addition, the additional stress of aging—health concerns, loss of loved ones, financial worries, cognitive impairment— increased or re-awakened their PTSD symptoms.

The predictor of PTSD symptom severity is often linked to the depth of the initial trauma. Some people recover from milder symptoms of PTSD on their own, but if symptoms persist beyond a month, treatment is recommended.

Treatments include psychotherapy and some of the same medications used for depression and anxiety. Psychotherapy sessions are led by a professional therapist. More details about PTSD treatments can be found at the U.S. Department of Veterans Affairs National Center for PTSD.

It is important for people with PTSD to receive the support of family and friends, and understand that their condition is not due to weakness or failure.

Exercise can ease physical tension.  Volunteering can serve to occupy the mind and put senior veterans in touch with other people rather than allowing them to retreat into isolation.

PTSD is Not Just About Combat

PTSD is not confined to combat. In fact, it develops in approximately 1 in 3 people who have experienced other serious trauma, such as:

(*A study showed that out of 100 senior adults over age 65 who had a fall resulting in a hospital admission, 27 percent experienced symptoms of PTSD.)

As the primary caregiver of a senior Veteran, you may need a helping hand. Bethesda provides care and services to seniors and their families across the St. Louis area, with special and unique consideration offered for Veterans. Contact us today to learn more.

Are You a Caregiver or Just a “Good Child”?

For some of us, middle age brings new opportunities — career reinvention, an empty nest, and time to pursue new interests. For millions of… Read More

Are You a Helicopter Child to Your Parents?

When psychologist Barry Jacobs saw that his aging mother’s mental faculties were weakening and confronted her about it, the two of them began to… Read More

How to Prepare Senior Loved Ones for Severe Weather and Emergencies

Floods, tornados, forest fires and hurricanes are equal-opportunity disasters that strike young and old alike. Or are they? Not according to Dr. Samir K. Sinha, a… Read More