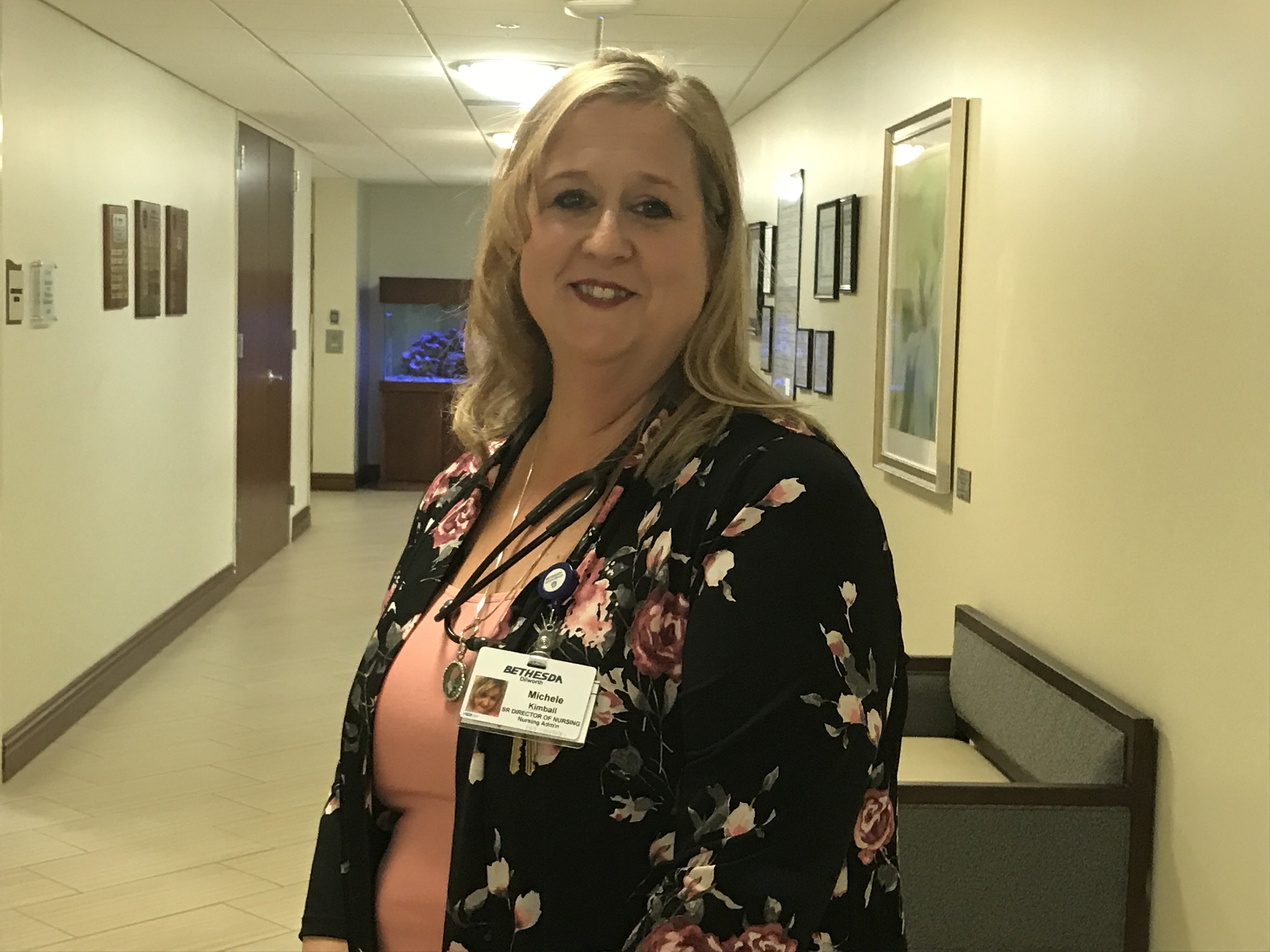 Michele Kimball was looking forward to what was supposed to be a joyous, relaxing holiday luncheon with her fellow Bethesda Dilworth Management Team members.

Little did she expect to be asked to help save someone’s life!

As Michele and her team were nearing the end of their meal at the Hacienda restaurant, they heard someone from a nearby table yell, “There’s a guy in the bar having a heart attack!”

Michele, Bethesda Dilworth’s Senior Director of Nursing, immediately ran to the man’s side and began assessing his condition.  She took charge of the scene, using the cool confidence that 25 years of nursing experience brings. She asked others who had gathered to dial 911, and she began the algorithm for Basic Life Support.

Michele found the man to be pale, sweaty and unconscious. He was breathing. Witnesses said that he hit his head when he fell.  With EMS on the way, Michele cautiously assisted turning the man onto his side (while cradling his head and cervical spine in case of injury) because he began to vomit.

The man began to gain consciousness just as the paramedics arrived.  Michele provided a brief handoff report to the paramedics, who proceeded to assess him and take him to the hospital.

Michele returned to the table to rousing applause from her fellow Bethesda Dilworth tablemates, as well as other diners who witnessed her gallant actions.

Michele said that her greatest challenge was to intervene when some of the bystanders began attempting to help.

“One patron asked if the man was diabetic because they said they had supplies in their car,” Michele said. “Another wanted to place a nitro pill under his tongue. You should never give anyone prescription medication that is not theirs.”

In addition, a patron wanted to begin mouth-to-mouth rescue breathing, and Michele had to intervene because he was breathing!

Michele Kimball’s heroism and quick thinking had life-saving implications. Her leadership and direction helped implement proper Basic Life Support techniques and kept this gentleman safe until EMS arrived.  The Bethesda Dilworth team could not be more proud of our Director of Nursing. Great job, Michele, and thank you!

“Think of retirement as the opportunity to discover parts of yourself that you didn’t get to explore during your career,” says Julie Strassman, Volunteer… Read More

A Family’s Care at Bethesda: A Story of Healing

Putting family first is the key to all great senior living experiences. Gloria Eickmeyer is living proof, as she and her late husband, Ray,… Read More

People are drawn to beautiful harmony in music. Jim Thielker and his wife, Judy, have found harmony in their life for nearly 62 years. Beginning… Read More