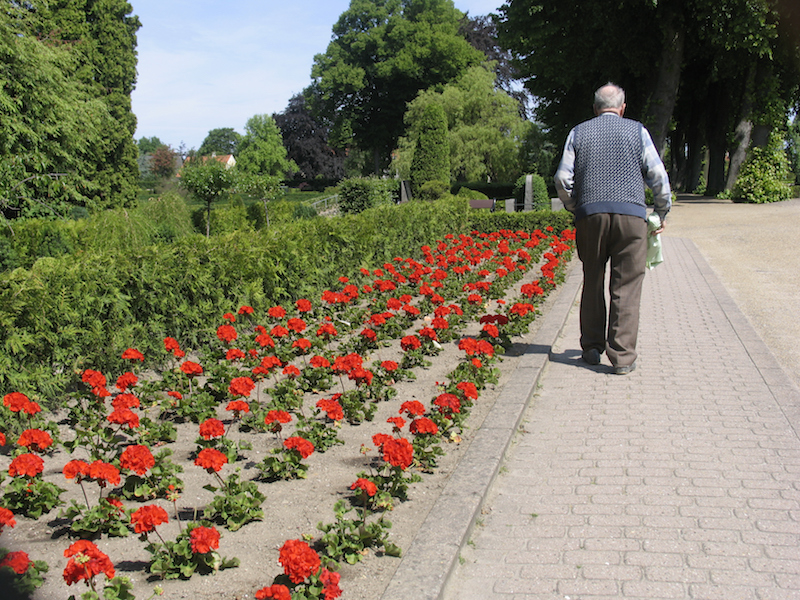 Some news stories make me shudder. These include what seem to be the growing number of reports of lost Alzheimer’s patients —  older men and women who’ve wandered by foot or car and are lost for hours, sometimes days.

You may recall the tragic news story about 72-year-old Ronald Westbrook of Chickamauga, Ga., in Nov. 2015, who was shot dead after he walked about three miles in the middle of the night and knocked on a stranger’s door.

The blog, A Place for Mom, reports that six in every 10 people with Alzheimer’s exhibit wandering behavior. And, it notes, the Alzheimer’s Association says that if wanderers are not found within 24 hours, “up to half will suffer serious injury or death.”

So you can understand why Washington Post reporter Tom Jackman was so concerned when his 78-year-old father with Alzheimer’s went missing in northern Virginia last October. Fortunately, his dad was found about 20 hours after disappearing.

Tom discovered some valuable lessons in the search for his father, which he wrote about in a touching Washington Post story and expanded on when I interviewed him recently.

As Tom learned, and any adult child of a parent with Alzheimer’s needs to know, technology only goes so far in aiding this type of search.

Next Avenue: Tell me about your dad.

Jackman: He spent most of his career as a spokesman for the airline industry and the American Automobile Association before retiring more than 10 years ago. Then he began working as a docent and information-desk guy at the Udvar-Hazy Center, the Smithsonian National Air and Space Museum annex near Dulles Airport. He had to stop doing that about two years ago, when he got lost coming home from the museum one day.

How is his health?

He lives with my mother, who is a couple of years younger and quite active around their town.

Until last October, the doctor said it was OK to allow Dad to continue to drive to the two places he visited regularly: A daily drive of about one mile to Starbucks and a Sunday drive of less than a mile to the church where he has long sung in the choir.

To our knowledge, he had never experienced any problems going back and forth between those two places until a Saturday morning in October.

What happened that morning?

My mom went to meet some of her pals for a leisurely breakfast. Dad was asleep when she left; he typically goes on his daily Starbucks run around 11. Mom returned around 11:30 a.m., so she wasn’t concerned when Dad wasn’t home. But by 12:30, she began to be. At 1:30, she was extremely concerned and started calling me. Shortly before 2 p.m., she called the Fairfax County police.

What did the police do?

They conducted an all-out search with more than 60 officers. One officer was assigned to stay with my mother, to get information from her and to be around in case Dad called or showed up. A helicopter searched the air over the town where they live.

The fire and rescue department took down all of Dad’s medical information in case he was found in distress. Officers were dispatched to any place we could think he might have visited. The phone company was contacted to try to locate his cell phone — an older model which had no GPS device in it.

Learn how to manage the unpredictable behaviors of dementia on Bethesda’s blog.

How did the search go?

Officers combed a wide area on foot and others were stationed in cars at key intersections, hoping to spot him driving by. A detective from the criminal investigations bureau was summoned in. He began trying, without success, to find out if Dad’s debit card was being used anywhere.

Another officer also tried to get the bank to help, but they could provide no information. Dad did not have an online bank account, so we couldn’t check to see if there were any recent transactions.

An officer showed up who had been reviewing surveillance tapes from the grocery next door to the Starbucks. After going through hours of footage, she thought she had an image of my father. Nope. Wasn’t him.

The police released the Missing Persons poster at 4:30 a.m., and the local TV news began broadcasting it at 5:00.

At around 7:30 a.m. on Sunday, an officer in Washington, D.C., found my father. His car had stalled outside a McDonald’s near the Capitol, about 25 miles from his home. Receipts in the car showed he had driven about 40 miles north to Baltimore, got gas, went to a McDonald’s there and then drove back to Washington. He had no memory of any of it. He was checked out at a hospital and released.

My dad will no longer drive.

I think that story is every child’s worst nightmare. What heartened me in your article was that you were willing to share the lessons you learned. What were some of those lessons?

For one thing, cell-phone locator technology is far from perfect. The phone company was quite certain that his phone was in a particular neighborhood. Two months later, my mother found the cell phone under a couch in their house. He’d never taken it with him. For older phones without GPS capability, like my dad’s, phones pinging off cell towers can still be within a radius of many miles around the towers.

What else did you learn?

Another lesson was that many banks simply do not have the capability to access customers’ records immediately on weekends, particularly smaller banks such as the one my dad uses. Even for the police.

Can technology help find people when a person with Alzheimer’s goes wandering?

There are devices that can be used to track missing adults. But in Fairfax County there is a waiting list to obtain one, from a program called Project Lifesaver, which is available in nearly every jurisdiction in the Washington, D.C. area.

A Project Lifesaver client wears a wrist or ankle band emitting a silent tracking signal that can be used to find a patient when he or she goes missing. Already on file will be critical information such as the patient’s height and weight, a photograph, and medical issues. The program has a 100 percent track record of locating wandering adults and the average Project Lifesaver recovery time for a missing person is around 30 minutes.

It would have helped us immensely if my dad had had a Project Lifesaver band.

After I wrote the article, a local group stepped up and donated several thousand dollars to Project Lifesaver in Fairfax County, which will be used to purchase more GPS equipment so more people can be enrolled. The newly elected sheriff has indicated he hopes to expand the program.

What advice would you give families who have loved ones with Alzheimer’s?

There are several things family members can — and should — do when preparing to care for someone with Alzheimer’s or dementia.

Last — but not least — make sure to give your mom or dad an extra hug.

Finding the Care You Need

By Caroline Mayer for Next Avenue.

As seniors age, the emphasis placed on stimulating their brains, or engaging in “memory health,” becomes increasingly important. However, the most effective activities for… Read More

How to Talk to Your Parents About Dementia

When you were a child, your mother and father explained difficult things to you and provided for your care. Now, you find that you… Read More

Transitioning Your Loved One Into Memory Care

You and your family have done your best, but dementia is taking your Mother’s cognitive abilities. Many of the indicators and unpredictable behaviors are… Read More