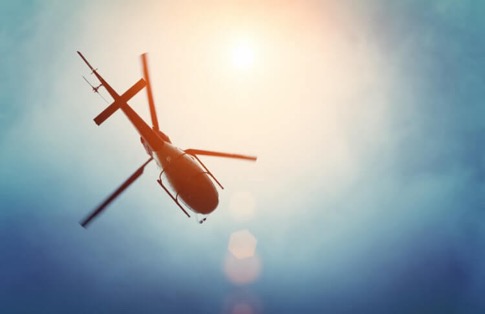 When psychologist Barry Jacobs saw that his aging mother’s mental faculties were weakening and confronted her about it, the two of them began to argue. Despite being an expert on aging, Jacobs, a Springfield, Pa.-based clinical psychologist, author of The Emotional Survival Guide for Caregivers:  Looking After Yourself and Your Family While Helping Aging Parents, fell into the same traps and disputations with his parent that others do.

His mother refused to use her walker, and Jacobs insisted that she do so for her own safety. “If I want to fall, I’ll fall,” she said, scowling at him.

Helicopter children observe their parents aging — losing their memory, eyesight, financial prowess or driving skills — and proceed to take over their lives and become overly controlling.

Grown children are walking a tightrope between avoiding overstepping their boundaries and getting involved to ensure that parents can function properly and make it through the day by paying bills and preparing meals.

In Jacobs’ case, he eventually moved his mother near his residence and hired aides to prepare her meals and take care of her home. Ultimately, he moved her into a skilled nursing home.

Bethesda’s Care Management Program makes these decisions easier for families in St. Louis. They can help determine the right level of care, answer your family’s questions, and help you decide between in-home care and assisted living.

Step in Only When Necessary

Jacobs notes there are telltale signs suggesting the adult child must take more assertive action. When one client was on the phone with his mother in Florida, she told him that her lights weren’t working. When the son investigated, he discovered that she hadn’t paid her electric bill in five months. He took control of her finances, helping restore the power in her home.

Nonetheless, Jacobs recommends that concerned children “only step in as much as you absolutely have to. You give parents the benefit of the doubt. All life entails some risk. You don’t rob people of their dignity in the name of safety,” he said.

Helping parents solve problems is one thing, but helicopter children “overstep their bounds and infringe on the parents’ right to make decisions for themselves. In doing so, they disempower the parent, taking on functions the parents should retain,” Jacobs noted.

Signs That Your Parent May Need Extra Help

A variety of revealing signs can signal the beginning of dementia or weakening mental faculties, including misusing or not taking medications, repeated falls, visits to the emergency room or minor car accidents. Driving is a particularly sensitive issue because “you’re talking about public safety,” Jacobs said.

Parents sometimes operate in denial, saying “they just slipped” without acknowledging their mobility is deteriorating, for instance. If your parent is aging in place, be sure to follow Bethesda’s senior home safety tips to limit falls or accidents.

When Nancy Schlossberg, a Sarasota, Fla.-based counseling psychologist and author of Too Young To Be Old: Love, Learn, Work, and Play as You Age, was writing a book, she interviewed aging parents in low-income and higher-income communities, eliciting the same response: My children try to boss me.

After one woman in a retirement home had surgery and was recuperating, she said, her daughter hovered over her, scrutinizing her every move to ensure her mother was taking her pills. The mother felt claustrophobic and trapped.

Schlossberg recommends a discussion she terms an “expectation exchange” that identifies what the parent and child want and expect from each other. But these issues are complex and multi-faceted, without any pat answers. And they differ from one parent to the next.

Meeting with a third-party, such as the certified geriatric care managers at Bethesda, is often a necessary way to resolve issues, Schlossberg explained.

But children who take a hands-off approach and don’t get involved aren’t helping either. The key is getting involved when necessary, without overtaking the parents’ autonomy.

Choose your battles carefully and don’t sweat the small stuff, advises Frank Samson, CEO of Petaluma, Calif.-based Senior Care Authority, a franchise which provides senior care consulting. But children of aging parents must speak up “when their parents’ safety is at risk,” he said.  If a parent needs a walker but resists, tell him or her why it’s necessary to use it to avoid falling.

Samson reminds children of aging parents to always treat them with respect. Don’t threaten, raise your voice or demand, but instead use a collaborative tone.

“Parents want the child to help, without being demanding,” Samson noted.  “Put yourself in their shoes.  Guide them and let them know you care. Don’t embarrass them.”

4 Suggestions on When and How to Help

Do You Need Extra Help Caring for Your Parent?

Bethesda’s Care Management team provides relief for family caregivers in the greater St. Louis area. We start with a thorough assessment to determine the senior’s health, answer the family’s questions, and develop a custom care plan. We’re with you every step of the way to make sure your parents receive the right level of care, at the right time. Contact us to learn more.

By Gary M. Stern for Next Avenue.

The Best Advice Your Mom Gave You

Moms Always Know Everything! We’re not sure how, but we all know this from experience. Many life lessons mothers teach us have been passed… Read More

Do You Need a Geriatric Care Manager?

As you or a senior loved one age, you may find yourself searching for answers about complex senior care services or in need of… Read More