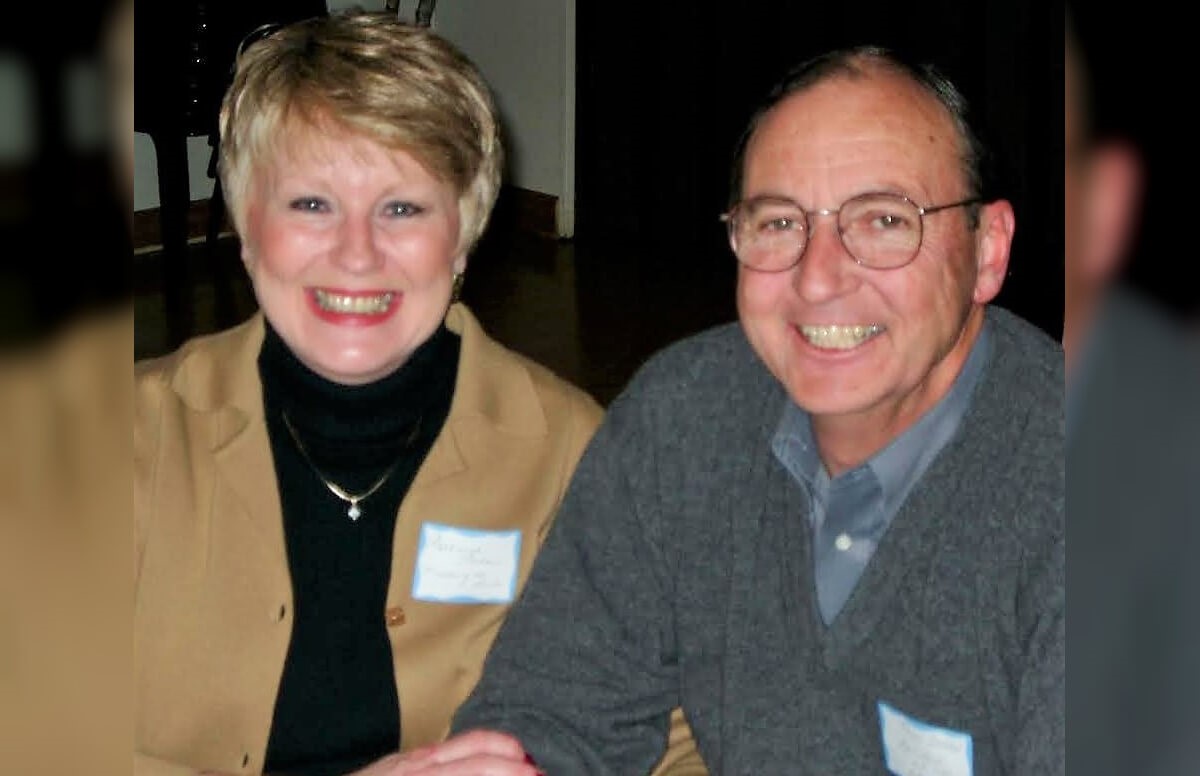 Marriage problems take many couples by surprise. But Deborah Dolan was caught particularly unaware when her husband Todd began to distance himself from her.

“We were truly happy. We were on the same page,” she said. “He was such a gentle, kind, funny man. No one laughed more than we did.”

They were both divorced and in their mid-40s when they met; Todd Dolan was delighted to become stepfather to Deborah Dolan’s three adolescent children.

But in 2006, 13 years after they wed, Dolan felt her husband — then 59 — was losing interest in her. He ended his habit of bringing her flowers. He didn’t invite her to his company Christmas party. Moody and distracted, he stopped playing his guitar.

“Todd had been sober for years, but I wondered if he was secretly drinking or having an affair,” said Dolan, who lives in West Des Moines, Iowa. “When I confronted him, he shrugged.”

Despite his indifference, Dolan was unwilling to give up on her marriage or her husband, who had spent much of his career in automobile sales and dealership management. Her search for what was wrong took years of sleuthing and sent her down repeated dead ends, with multiple misdiagnoses.

Although Dolan was a geriatric care manager with a master’s in gerontology, she did not detect a form of dementia that was changing her own spouse in front of her eyes.

“I was active with the Alzheimer’s Association facilitating support groups. I moderated panels at state conventions,” she said. “I was not seeing those symptoms in Todd.”

When Dementia is Misdiagnosed

In 2008, she put her professional advocacy skills to work, accompanying her husband to a series of doctor appointments. He was first diagnosed with hyperthyroidism and then depression.

Continue reading to learn the Difference Between Dementia and Depression.

It took three more years for Todd’s disease to be confirmed.

Todd Dolan was ultimately found to suffer from frontotemporal dementia or degeneration (FTD), a form of dementia centered in the brain’s frontal lobe.

Unlike Alzheimer’s disease, which attacks the brain’s memory centers, FTD causes atrophy in the part of the brain that controls judgment, behavior and executive function.

People with FTD are often described as apathetic, lacking in empathy and exhibiting an impaired social filter.

“They lose their insight, so they could be like a 3-year-old, blurting out, ‘Your dress is ugly.’ They lose impulse control, so they might just take a candy bar at a store,” said Susan Dickinson, CEO of AFTD, the Association for Frontotemporal Degeneration. “They lose their understanding of what is acceptable. You’ll see people who spend the kids’ college fund on a sports car or fall for a scam.”

Dickinson notes that FTD is particularly devastating because it strikes at a young age. FTD is the most common form of dementia in people under 60; they’re often still working and can make illogical decisions about relationships and finances that can destroy their family’s security and disrupt their connection to those dearest to them.

“Most family doctors are still not picking up on it. These people are most often treated for a psychiatric disorder. If someone makes an inappropriate [sexual] advance or shoplifts, you don’t think to take them to a neurologist,” Dickinson said. “On average, it takes three and a half years from when symptoms are noticed until the patient is diagnosed. This gap is tragic.”

A Financial and Emotional Toll

The economic burden of this form of dementia takes a steep toll on the health care system as well as on individuals.

According to a study published in the scientific journal Neurology last fall, the average annual cost associated with FTD is nearly $120,000, close to twice the cost of care for Alzheimer’s patients. Researchers concluded the disparity is attributed to the younger age of onset, which results in “major losses of household income” as those diagnosed — and eventually, their family caregivers — stop working.

“This is a really tough disease on the family. I believe it’s more psychologically stressful than Alzheimer’s, if you can believe it. It burns out caregivers,” said Dr. Michael Rosenbloom, a neurologist and director of the Center for Memory and Aging in St. Paul, Minn.

“Someone with FTD is particularly dependent on a care partner, but they’ve often alienated that person and are single and alone,” Rosenbloom added. “Without a spouse or child to intervene, behaviors go unchecked. It’s easy for these patients to fall through the cracks.”

Searching for Treatments or a Cure

Like Alzheimer’s disease, there is no cure for FTD, and no FDA-approved treatment to reverse or even slow the disease’s progression.

But Rosenbloom is optimistic about clinical trials now underway at a number of collaborating hospitals and universities.

“Forty percent of FTD cases are genetic. We’re enrolling patients in studies to look for a familial link; we draw blood and spinal fluid and do brain imaging,” he said. “We are looking for a protein that is a biomarker for the presence of the disease. In the future, we could do a diagnostic blood test.”

In the meantime, AFTD, based in suburban Philadelphia, has helped establish more than 80 support groups (you can find a link to them on the AFTD site). In the past nine years, AFTD has expanded from its part-time staff of three to an organization with 15 full-time employees.

Awareness about FTD is beginning to build beyond medical professionals who treat patients and families living with it.

In December 2017, a daughter told the story of her father’s FTD in a TED Talk. Last November, the family of U.S. Rep. Maurice Henchley, who represented New York in Congress for 20 years, revealed FTD as his cause of death. And in October, the David Geffen Fund was established at AFTD. But delayed pinpointing of the disease remains a stubborn obstacle.

Deborah Dolan diagnosed her husband before his doctor did. Her dogged research led her to believe that Todd had FTD, but she was unable to persuade his physician of her conclusion. She paid for a PET scan out-of-pocket to confirm her suspicion.

“We still needed his income and his insurance, and the poor man was struggling but had to keep working,” she said. “When he had the official diagnosis, he could qualify for Social Security disability.”

Dolan managed her husband’s condition at home for a time, but ultimately placed him in a care facility for his own safety.

“The day I had to leave him broke my heart, but he accepted it. He understood something was changing the way he was thinking and feeling,” she said.

Todd Dolan acclimated to his new living arrangement and again became affectionate with his wife, their children and grandchildren. He resumed strumming his guitar, attending AA meetings and enjoying supervised outings.

The couple spent time together that Dolan, now 68, recalls with fondness.

“We used to shoot baskets and laugh and laugh,” she said. “His world was small and he knew what to expect.”

As his dementia progressed, Todd gradually lost his speech and mobility.

“Todd would have never wanted to live like that. He would have been mortified,” Dolan said. “When he couldn’t talk, he would put his arms around me and I felt our hearts were still connected. I used to sit in church and pray, please, God, take him and let him be who he is again.”

Dolan was with her husband when he died in hospice in November 2016. He was 70.

“He looked at me and then he just stopped breathing. We were connected to his very last breath,” she said through tears. “He’s in a better place. He’s whole now and he’s happy. He’s waiting for me.”

Caring for a Loved One with Dementia

Caring for a senior with FTD, Alzheimer’s, or another form of dementia is no easy task. Senior caregivers and loved one should seek support to avoid Caregiver Stress Syndrome and burnout.

Bethesda offers support to seniors and their loved ones in the greater St. Louis area. Contact us to learn more about the assistance our Care Management program can provide, or take a tour at a Memory Care Community near you.

By Kevyn Burger for Next Avenue

How to Prepare to Care for Someone with Dementia

It’s not uncommon to feel ill-equipped to serve as primary care partner for your loved one with dementia. In hindsight, you may think any of… Read More

As many as half of hospital patients age 65 and older develop delirium. Once thought of as something ordinary — something that “just happens” to… Read More

There is a difference between talking at someone and talking with someone. Communicating with people who have dementia can be especially challenging because the… Read More