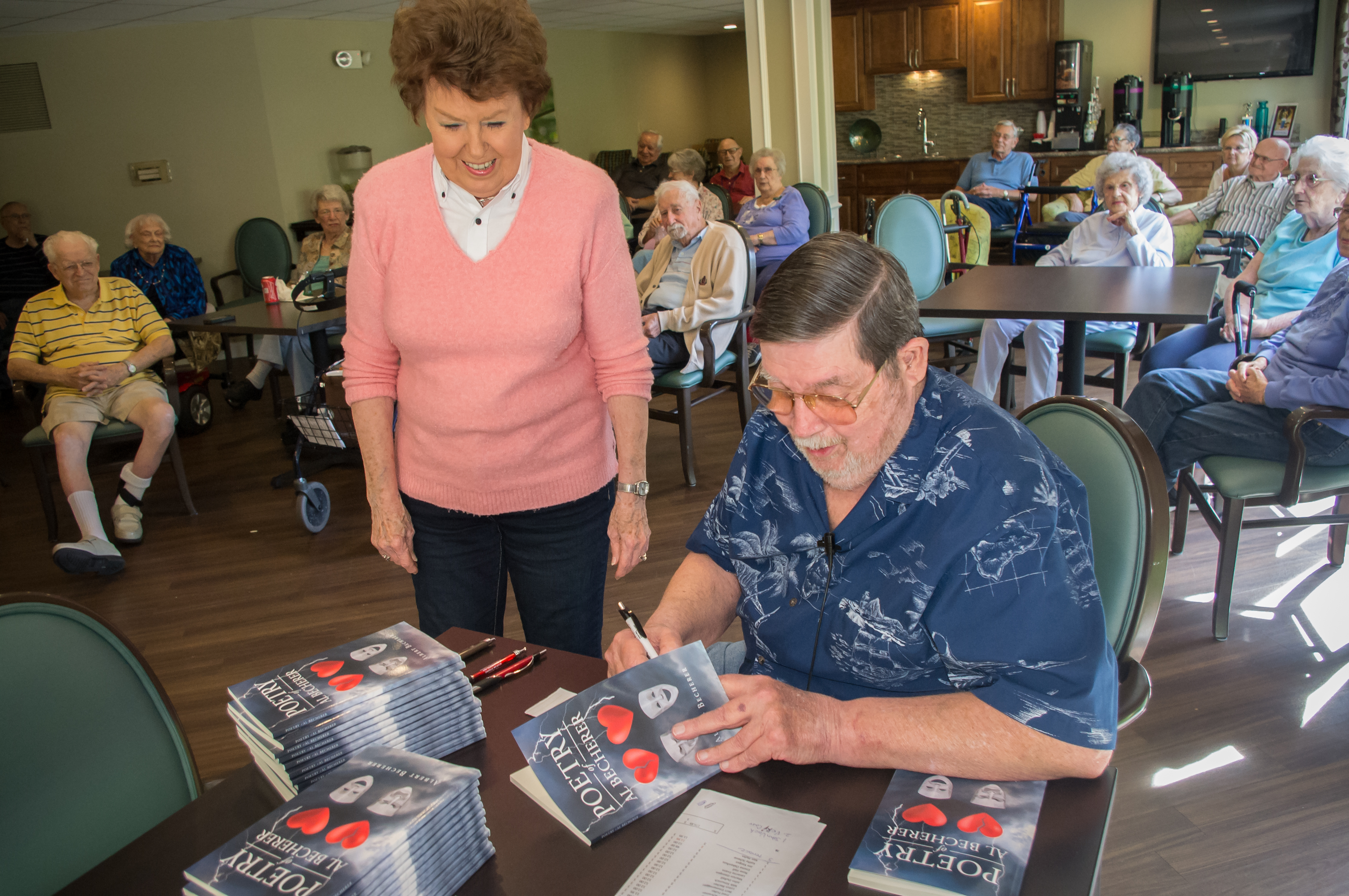 Poetry started our as a communicative tool between Al Becherer and his wife, Barbara, but it soon became Al’s favorite hobby and greatest accomplishment.

“I found that poetry was a way for me to communicate with her most effectively,” Al says. ” We had challenges with our communication, like many people do, but my poetry seemed to do the trick.”

However, it wasn’t until Al moved to Bethesda Terrace, an independent retirement living community in South County, that he decided his collection of 100 poems could do more good than just sitting in a box collecting dust. “I saw a TV commercial and called the publishing company,” says Al. “After a year of hard work, I’m officially a published poet!”

Currently, Al’s book is sold online at Barnes and Noble. Bethesda Terrace supported Al by coordinating a book signing, during which his fellow residents and neighbors could secure signed copies.

Besides the lively social activities at Bethesda Terrace and baking his famous oatmeal-raisin cookies for his neighbors, Al cherishes the time he shares with his son and grandkids. From spending Christmas with them in Bethesda Terrace’s activity room to driving down Telegraph Road to his grandkids’ sporting events, Al is thankful his home is not too far from his family.

When asked about the life he’s made at Bethesda Terrace, Al shared a snippet from his newest poem, Terrace:

“I’ll stay here for the rest of my life, an Eden with no stress or strife.”

Schedule a tour at Bethesda Terrace to see the vibrant lifestyle that the Independent Retirement Living community offers its residents.

Thanks to a generous $5,000 grant from Omnicare, Inc., each of Bethesda’s independent retirement communities proudly boasts a “Wall of Honor” featuring all of… Read More