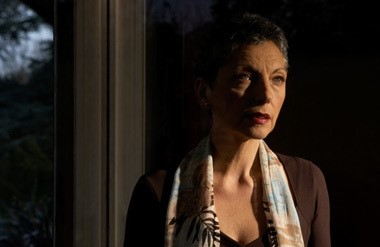 The official beginning of winter arrived on December 21, marking the darkest day of the year. Around this time, some of us feel a familiar pall as the gloom outside seems to creep into our psyches.

Symptoms of depression that occur during the late fall and winter are known as seasonal affective disorder, or SAD. People who live in places with long winter nights are at particularly high risk for this malady. But there are ways to combat the suffering. Read on to learn how seniors beat the winter blues.

Therapy with a special high-intensity lamp has been proven to make a difference in brain chemistry, though scientists don’t know exactly why that happens, according to the American Psychiatric Association (APA).

“There’s been plenty of research to back that up,” said Sue Abderholden, executive director of the Minnesota branch of the National Alliance on Mental Illness.

For bright light therapy to work, you will need between 30 and 90 minutes of exposure to it each day, according to the APA. Your doctor can give you instructions. One method is to sit about two feet from the light with your eyes open, but without looking directly at the lamp. Early mornings, when the therapy can simulate sunrise, may be best.

A Minneapolis man said he takes his light therapy lamp out of the basement each year in early- to mid-October.

“I know it’s coming, that dark period,” said Lee, aged 60. He uses the lamp for about a half-hour each morning, while reading the paper and eating breakfast.

“If I don’t use it for two, three, four days, I begin to notice it,” Lee said. “My spouse notices a big difference in terms of energy level and concentration and mood.”

Seniors should consider that light therapy should not be used if you are taking antibiotics or certain drugs for psoriasis or psychosis, however. Be sure to check with your doctor before trying this method.

Winter is not the time to skimp on your vitamins, especially Vitamin D. A Vitamin D deficiency is likely to be a contributing factor in seasonal depression, according to research by the University of Georgia, the University of Pittsburgh and the Queensland University of Technology in Australia.

“We believe there are several reasons for this, including that Vitamin D levels fluctuate in the body seasonally, in direct relation to seasonally available sunlight,” said Alan Stewart of the University of Georgia College of Education.

The researchers said there is also evidence that Vitamin D is involved in the synthesis of serotonin and dopamine in the brain, chemicals whose imbalance is linked to depression.

The three universities published their research in the November 2014 issue of the journal, Medical Hypotheses.

Other Ways to Cope

Abderholden sees individuals in her work who clearly struggle with SAD. “I know people who have anxiety and depression that is pretty much controlled by medication, but they’re still impacted by the dark days,” she said. Meditation and mindfulness training, a sort of “mini” cognitive behavior therapy, can help, Abderholden noted.

Do You Have SAD?

Many seniors deal with Seasonal Affective Disorder. Knowing what symptoms to look for can help you identify when you may need a boost. Symptoms of seasonal affective disorder include:

Talk to a doctor about any symptoms. Although SAD is common, you may think you have SAD when it is actually a thyroid problem, low blood sugar, mononucleosis or another type of virus. If you are severely depressed or suicidal, go to a hospital emergency room or call 911.

Here at Bethesda, our goal is for seniors to live their healthiest and happiest lives. Read on for more Senior Health & Wellness tips from Bethesda.

6 Ways to Play With Your Grandchildren

In both her professional and personal experience, Marti Erickson has always been a big proponent of play. “It’s beneficial to children at every age,… Read More

Tips on Lifting a Senior’s Spirits During the Holidays

The holidays have always been a time of year when seniors are more susceptible to depression. The loss of loved ones, combined with health… Read More

There’s a famous song that you probably recognize that says, “You gotta have heart…all you really need is heart…” Well at Bethesda we believe… Read More