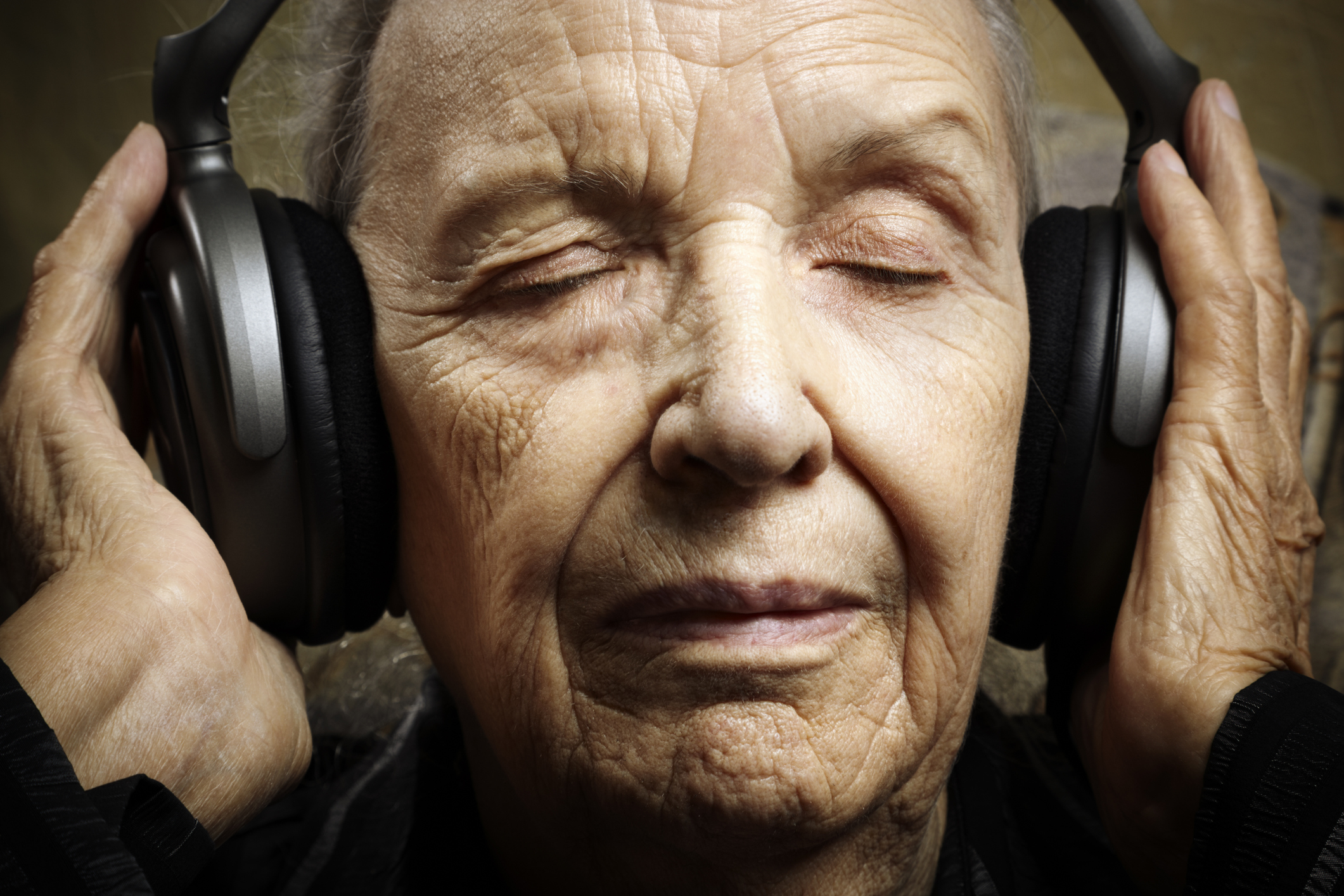 Ruth Ann Cranston could see her dad slipping away.

“In the last few years my father lived on his own, it became disturbingly apparent that his cognitive ability was fading,” Ruth Ann said. “I knew if I didn’t do something about that soon, it would be too late.”

Two years ago, she moved her father, Larry Ruzicka, into Bethesda Meadow, a skilled nursing home community in Ellisville, Mo. Since then, Ruth Ann said the reawakening of her dad’s mind has been amazing.

“Dad has senile dementia,” Ruth Ann said. “However, there are parts of his brain, especially on the left side, that can be tapped into and he lights right up. Music Therapy has been wonderful for him. Not only can I notice the improvements in his cognitive abilities, but he says when he is doing music therapy he is in his ‘happy place.’ I’m so glad we moved him to Bethesda Meadow, where the most is being made of his abilities.”

Linda McNair, a board-certified music therapist, started adapted keyboard lessons – one of her favorite music therapy tools — with Larry right after he moved in and began music therapy.

“I take a small keyboard into the resident’s room, and allow them a chance to play,” Linda said. “The therapy is geared to what the resident is capable of doing – I want them to be able to be successful when they attempt to play.”

Lessons can range from letting the resident attempt to play a simple tune such as “Mary Had a Little Lamb” to improvising along to a jazz track.

Larry, who loves big band music of the 1940s and 1950s as well as jazz, likes to try to accompany his favorite songs. He gets a helping hand from Linda’s instrument, as the keys on the keyboard light up in the proper sequence.

Residents who aren’t able to play the keyboard can still benefit from music therapy. Linda said those seniors can listen to their favorite type of songs on an iPod, which stimulates their brains, soothes their nerves and jogs their minds.

“Playing music helps seniors to remember patterns, and that helps them exercise their cognitive ability,” Linda said. “Equally important, it gives residents a chance to feel good about their accomplishments and express their creativity.

Music therapy has been proven to help older adults restore and maintain their health. Benefits include, but are not limited to:

In addition to working well with seniors living with Alzheimer’s Disease and other forms of dementia, music therapy has been found to benefit people who are recovering from traumatic brain injuries, people who have autism, and people with Parkinson’s Disease. Music therapy is an evidence-based clinical practice that is used with all populations ranging from the tiniest new born preemies to those on hospice at the end of life. Visit the American Music Therapy Association to learn more about the many benefits Music Therapy can provide your loved one.

Larry is one of approximately 7 individuals currently receiving individual music therapy sessions but all residents at Bethesda Meadow receive the benefits of having a full-time Music Therapist on staff. Linda provides weekly group sessions for Move and Groove, which promotes physical well-being and range of motion, a Sunshine sing-along group for residents who are not actively engaged in other groups, the Meadow Larks, which is a therapeutic singing group as well as overseeing the facilities’ Music and Memory program (iPod program).

In fact, Larry has enjoyed his musical awakening so much, he’s even joined the choir at Bethesda Meadow, finding joy in singing with his friends from around the building.

“My father was in a state of mental decline,” Ruth Ann said. “Because of music therapy for seniors and the other care he receives here at Bethesda, his brain is stimulated and he’s much better. It’s clear that what he’s getting here has had a profound effect. He’s much more alert. He’s much more conversational. I’m so grateful for what Linda has been able to do to help him. You can really tell how much she cares about the people who live here and how much she puts into it.”

Can music therapy benefit you or your loved one? This program is offered to seniors throughout the St. Louis area. For more information about music therapy at Bethesda, please contact Bethesda Skilled Nursing or call 314-800-1911.

Making a Safe Transition From Hospital to Rehab

If you have a parent or other loved one who will soon be released from the hospital after an injury or surgery, he or… Read More

A piano. A dulcimer. An acoustic guitar. A ukulele. An untried voice that turned out to be true. These instruments have changed the lives… Read More

What to Expect from Your Outpatient Physical Therapy Care

If you’re about to experience outpatient physical therapy care for the first time, it’s normal to feel scared or nervous. Valerie Long, the Program… Read More