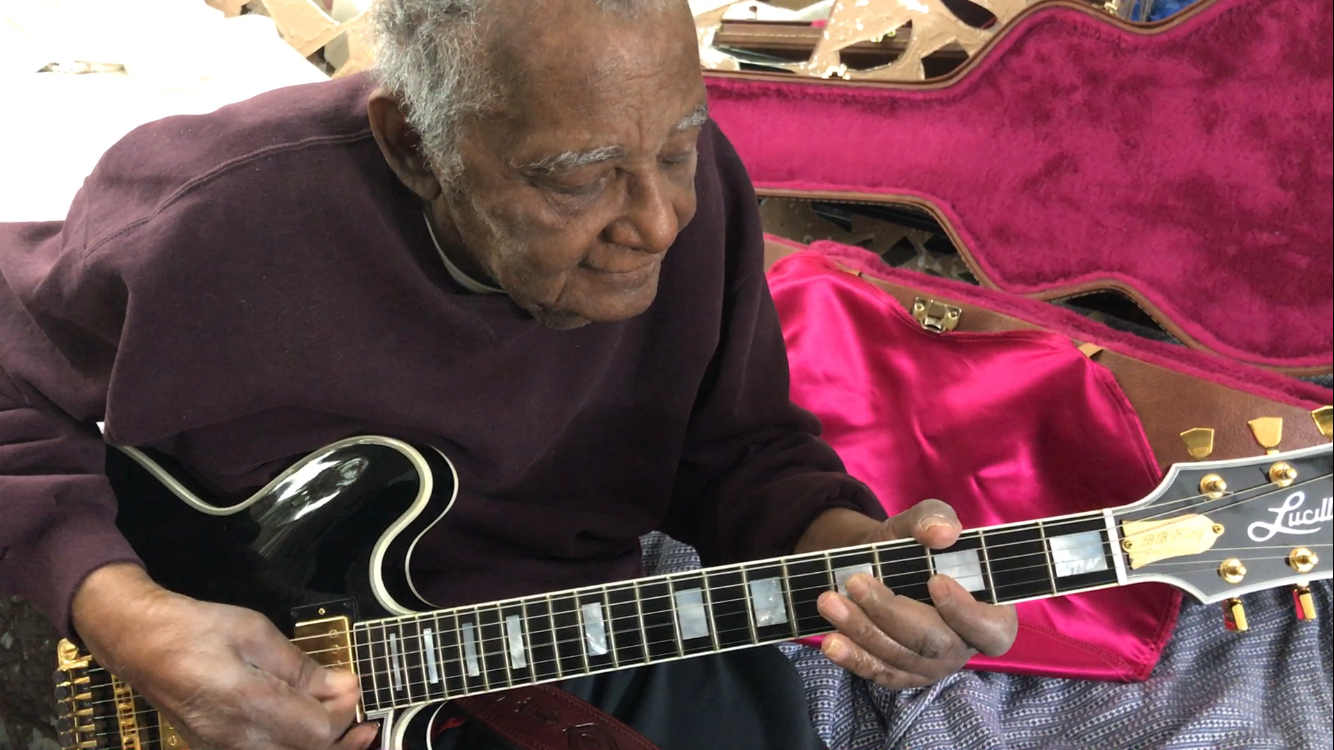 Eugene Fluker had the blues.

And he was starting to think he might never get them out of his system.

Eugene loved to play his prized black Gibson electric guitar – a “Lucille” model designed by Eugene’s idol, legendary blues musician B.B. King. It was a great improvement from his first instrument, a $13 box guitar he bought in 1938, saving the money he earned as a farmhand as a child in Mississippi. Eugene had spent much of his life entertaining audiences in St. Louis and around the Midwest with nimble fingers that produced a sound similar to King’s. He even recorded a couple of albums.

As the years went on, weakness and lack of coordination had suddenly crept into his hands, and, with his fingers refusing to cooperate, the 82-year-old musician found himself unable to play his electric guitar anymore. The more time that passed, the more Eugene was afraid his gift was gone for good.

“I just didn’t see how I was going to ever be able to play again, and that was difficult to deal with,” Eugene said. “I’ve played music all my life. I’ve missed it so much. It was like a part of my body was missing.”

Eugene mentioned the problems he was having with his hands to his doctor, and it was suggested that he receive in-home occupational therapy. The physician referred him to St. Andrews & Bethesda Home Health.

“I was willing to try anything at that point, so I gave it a chance,” Eugene said. “I didn’t have anything to lose and everything to gain. But I was skeptical it was going to work.”

Bethesda occupational therapist William Meirink was assigned the task of coming up with a plan to restore the dexterity and strength to Eugene’s hands.

Music to His Ears

“Eugene started to see results from the occupational therapy exercises almost immediately,” William said. “Overall, he made the improvements in his hand strength and dexterity that he needed to be able to play again.”

After a couple of weeks, Eugene decided he was ready to give his guitar a try. He started to strum a few notes of ‘Sweet Home, Chicago’ – one his favorites to play.

Instinctively, Eugene’s wife, Mattie, sang along as her husband found his long-lost groove, and a smile spread across her face.

“There wasn’t a dry eye in the room,” William said. “It was a truly magical thing to see.”

In addition to helping Eugene with his guitar playing, William was also able to improve his stability and his mobility– which are not only important to his effort to get back on stage but also for his ability to safely remain independent.

“He’s been a great patient,” William said. “He was very motivated to get better. It’s very rewarding to see the results.”
Eugene said he’s thrilled to be able to play his guitar again. He’s hopeful that, by keeping up with his hand exercises and with continued practice, he’ll soon be able to find a local stage on which to perform. His only regret is that he didn’t know to pursue occupational therapy sooner.

“If I would have known there was a way that I could get back to playing, I would have done anything,” Eugene said.
Many seniors do not know when it is time to explore Occupational Therapy options. If you’d like to learn more about this life-changing service, contact St. Andrews & Bethesda Home Health to learn more.

Many senior adults can improve their physical, mental, and emotional health after an illness or injury through rehab or physical therapy. A team of… Read More

The Benefits of Music Therapy for Seniors

Bethesda’s commitment to offering a complete continuum of care has resulted in innovation across the entire organization. By weaving together different aspects of care—from… Read More

Stretch Out and De-Stress With “Easy-to-Perform” Restorative Yoga

When you hear the word “fitness,” you probably think of lifting weights and cardio workouts, but fitness can also extend to the mind and… Read More